There has been a significant body of work undertaken by the UWA Steering Committee both to analyse the size and cost of the overall development, plus establish a timeline. UFC has representatives on this Committee and together they achieved a lot in a short period of time.

The biggest issue the Steering Committee has navigated is scope versus cost.  In times of supply challenges and labour shortages, it will come as no surprise that the cost estimates have come in significantly higher.  This means that the initial scope will be slightly reduced.

Our two UFC home change rooms will remain in the new Pavilion with the compromise being that the away teams are likely to have to use the existing recently re-furbished change rooms.

Originally it was hoped to have all change rooms at ground level in the south western pocket of McGillivray #1, however the away team change rooms can be built in at a future date when more funds become available.

The overall cost estimate for the slightly reduced scope is now around $8.5m (all in costs estimated on a conservative basis to allow for further cost increases) and a business case for approval is going through the required UWA governance processes.  Our contribution under the business case remains at $3 million.

We are still aiming for timeline of completion for the season opener in 2024 and appreciate all the work by the University keeping it on track in this ever-changing environment.

Below are some of the conceptual designs that are currently being considered by the Steering Committee.  It is anticipated that a final concept decision will be reached soon.

The soft launch of the fundraising campaign has been well received, and we are amazed at the generosity of the past players that have been approached.  Everyone asked, without exception, has made a commitment, and when we formally launch, we will be in a great position to make our full contribution of $3 million.  We still have a way to go, so the support of the whole club and its alumni is needed.

If you would like to make a donation you can always contact me direct, no funding support will be turned back. We do have options where you can pledge a major gift (minimum $10,000) over a number of years and choose for the pledge to be activated upon building approval.
Once again thank you. 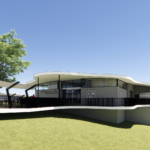 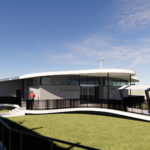 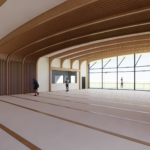 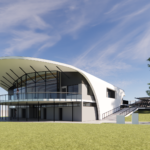 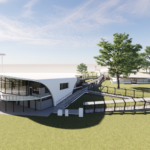 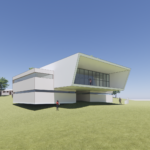 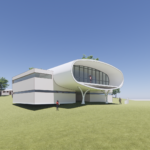 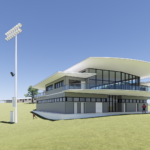 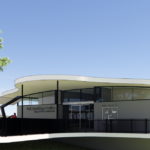